During the Communist period religious freedoms in Albania were severely curtailed, with all forms of worship being outlawed. In August 1945, the Agrarian Reform Law meant that large swaths of property owned by religious groups were nationalized, along with the estates of monasteries and dioceses. Many believers, along with the Muslim scholars and many priests, were arrested and executed, and in 1949, a new Decree on Religious Communities required that all their activities be sanctioned by the state alone.


In 1967, after hundreds of mosques and dozens of Islamic libraries containing priceless manuscripts were destroyed, and the central government proclaimed Albania the "world's first atheist state". The country's churches had not been spared either, and many were converted into cultural centers for young people. A 1967 law banned all "fascist, religious, warmongerish, antisocialist activity and propaganda." Preaching religion carried a three to ten-year prison sentence. Nonetheless, many Albanians continued to practice their beliefs secretly. The dictatorship's anti-religious crusade attained its most fundamental legal and political expression a decade later: "The state recognizes no religion," declared Communist Albania's 1976 constitution, "and supports and carries out atheistic propaganda in order to implant a scientific materialistic world outlook in people."

In the National History Museum in Tirana one of the galleries is dedicated to exhibiting post-Byzantine icons from the 16th to 19th centuries. These precious artworks have been rescued from various Albanian churches and monasteries during the Communist period. 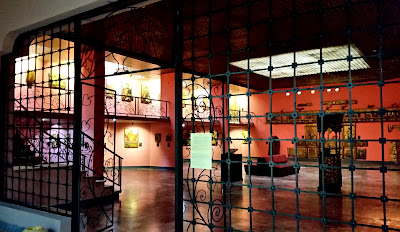 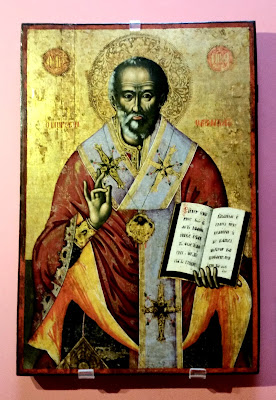 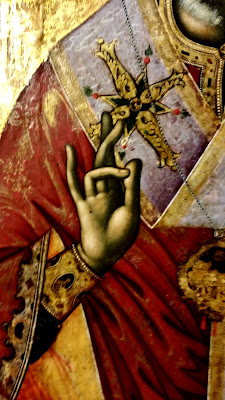 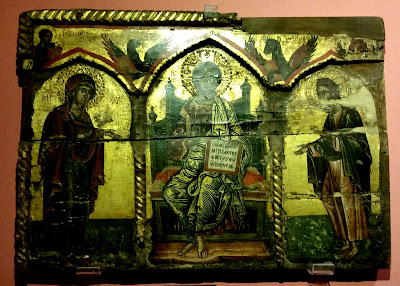 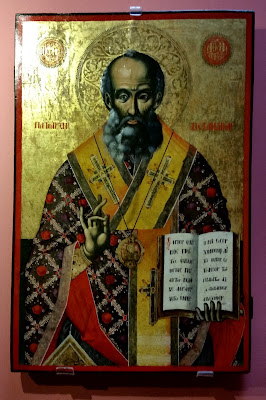 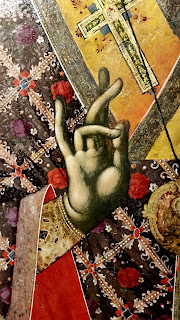 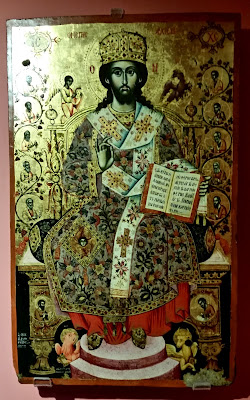 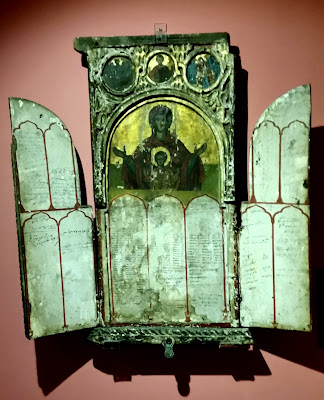 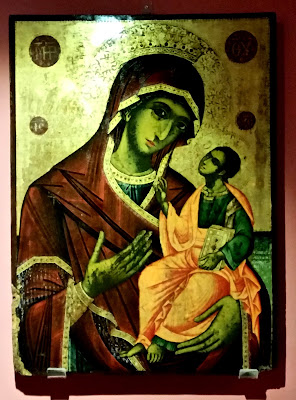 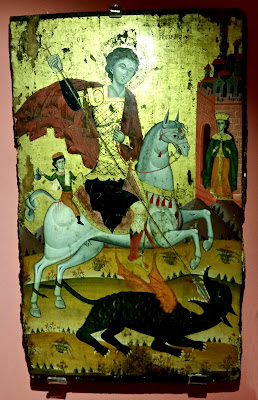 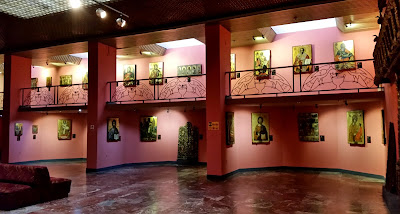 After the fall of Constantinople in 1453, the Balkan countries that were dependent on the Byzantine Empire, broke away from the Byzantine artistic influences, creating features and specifications of their iconographic art. Iconographical artists were influenced by Western art, mainly that of the early Italian Renaissance and the art of the Venetian schools. 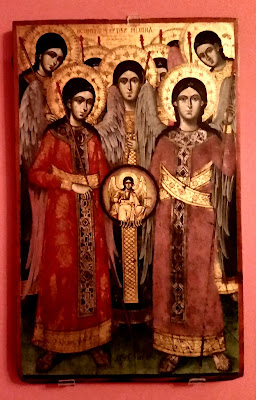 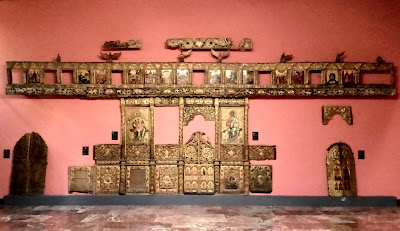 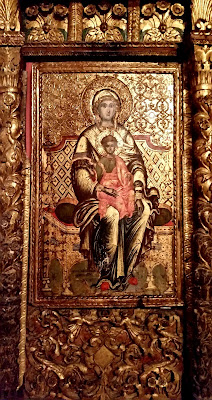 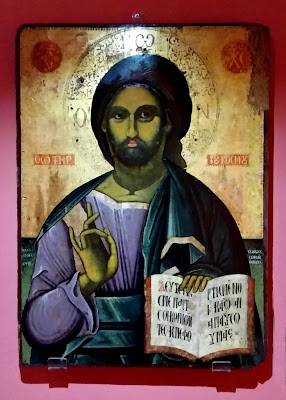 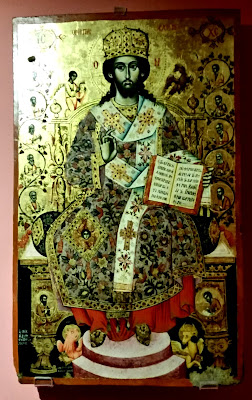 Today the Constitution of Albania provides for freedom of religion, and the Government declares that it generally respect this right. The Government declares it is secular and there is no official religion and all religions are equal; however, the predominant religious communities ( Sunni Muslim, Bektashi, Orthodox, and Catholic ) enjoy a greater degree of official recognition ( e.g., national holidays ) and social status based on their historical presence in the country. Official holidays include holy days from all four predominant faiths.
Currently in Tirana there are 6 mosques and 114 Roman Catholic and eastern Orthodox churches. 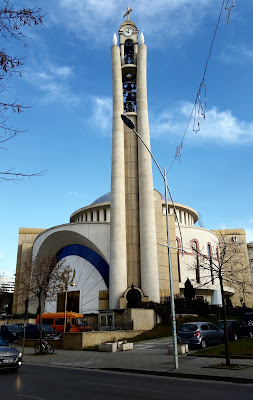 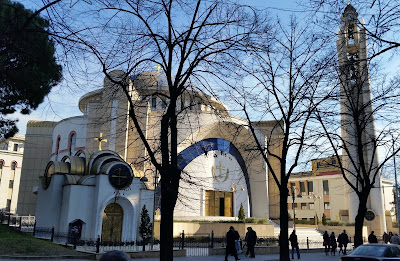 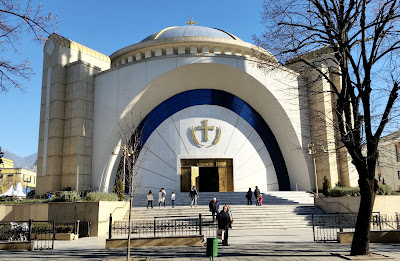 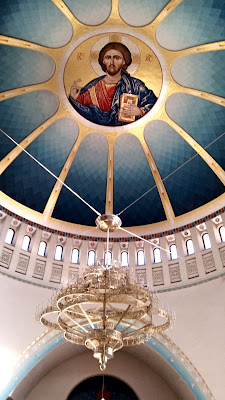 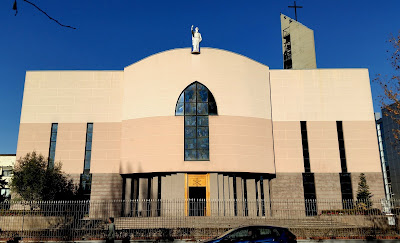 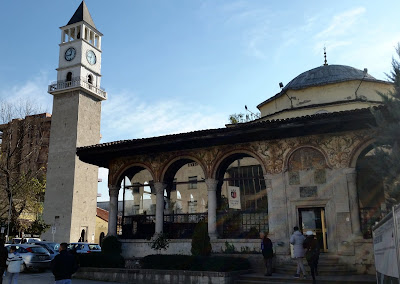 
During the totalitarianism of the Socialist People's Republic of Albania, the mosque was closed. On January 18, 1991, despite opposition from communist authorities, 10,000 people entered the square surrounding the mosque carrying flags. This was at the onset of the fall of communism in Albania. The event was a milestone in the rebirth of religious freedom in Albania. 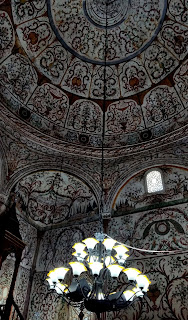 On the outskirts of Tirana is the Bektashi Centre …
an oasis of calm away from the chaos of the city ... 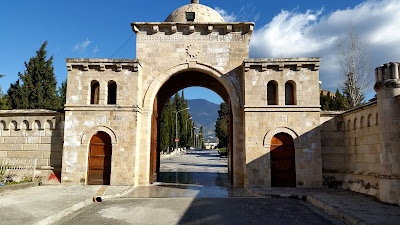 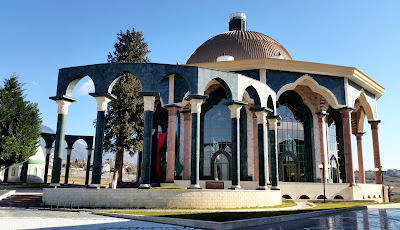 The Bektashi is a dervish order within the Muslim faith and is considered a fusion of a number of Shia and Sufi concepts - founded during the 14th century under the influence of the Ottoman intellectual elite as well as the peasantry. 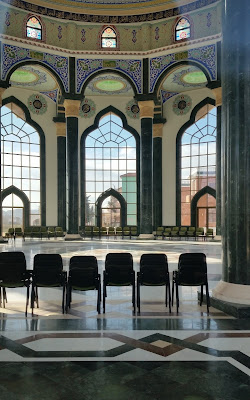 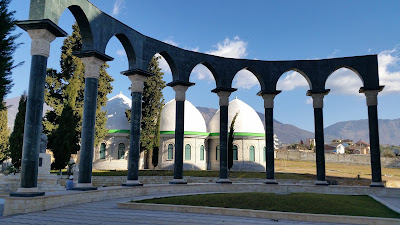 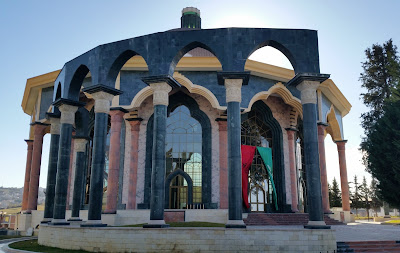 And currently under construction is the massive Grand Mosque of Tirana –
which will be capable of holding up to 4500 worshippers at one time. 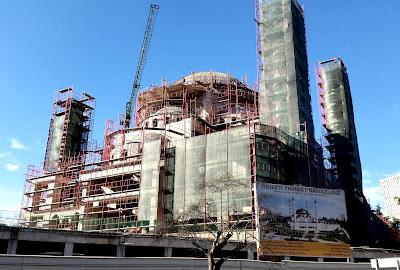 ... and it also appears that my time in Tirana is almost up,
so my next Blog post will be a bit of show
of my impressions of this city ...

Posted by ken-munsie at 9:12 AM No comments: