Recently I had reason to travel north ( to deliver a piece of art to Gladstone Regional Gallery – and no, I didn’t win the prize … ) and I broke my journey with a couple of nights at Bundaberg.

Bundaberg is an historical city in south-east Queensland, Australia, about 385 kilometres north of the state capital, Brisbane. It is 15 kilometres inland from the Coral Sea coast and situated on the Burnett River. It is a major centre within the broader Wide Bay–Burnett geographical region. 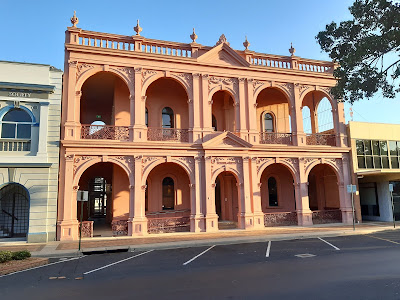 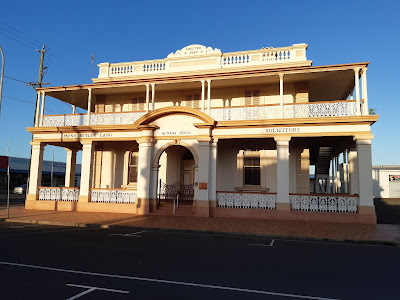 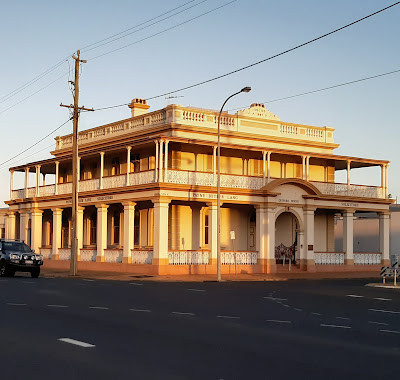 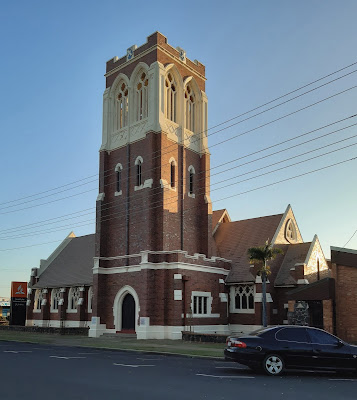 The name was coined by surveyor John Charlton Thompson and his assistant Alfred Dale Edwards. Bundaberg is derived from the name of one of the kinship groups of the local Taribelang people, to which was added the Saxon suffix berg, meaning "town". Colloquially the city is known as "Bundy". 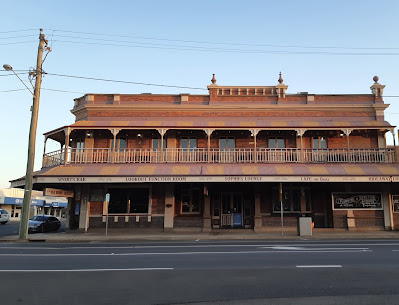 British occupation of the land in the region began in 1848 when pastoral squatters Gregory Blaxland Jnr and William Forster established a sheep station. Blaxland was a son of the Blue Mountains explorer, Gregory Blaxland, and Forster was later to become a Premier of New South Wales.

They selected a very large area of land which encompassed most of the western part of the modern-day Bundaberg Region along the Burnett River. They named this pastoral lease Tirroan. Blaxland and Forster had previously set up sheep stations near the Clarence River in northern NSW and had a notable history of conflict with Aboriginal people.

This continued at Tirroan when two of their shepherds were killed by Aboriginal people in 1849. Forster and Blaxland led a punitive expedition causing multiple Aboriginal deaths. Further conflict occurred the following year when Blaxland was clubbed to death. Forster and a number of other squatters conducted another reprisal, resulting in a large massacre of Aboriginal people in scrubland toward the coastal part of Tirroan. 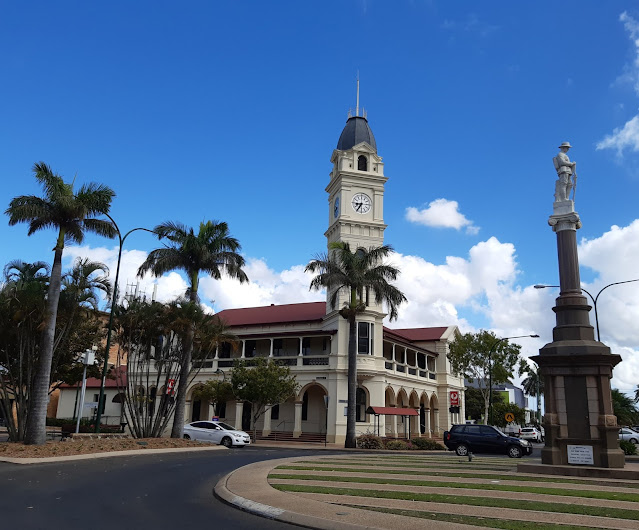 In 1867, timber-getters and farmers established the Woondooma property which consisted of a few houses and a wharf on the northern banks of the Burnett River where Bundaberg North now stands.

An official survey of the area was undertaken in 1869 and the town of Bundaberg was gazetted across the river on the higher, southern banks. The first Bundaberg land sale was held in Maryborough on 11 May 1870 where hotelier John Foley bought the original lots.

Most of the early settlers exploited the timber and grew maize on their selections but as a result of the incentives of the Sugar and Coffee Regulations of 1864, sugar became a major component in Bundaberg's development from the 1870s. Experimental sugar cane cultivation in the district was first grown 1870 and the first sugar mill was built in 1872 and by 1882, Bundaberg had become an important sugar production region. 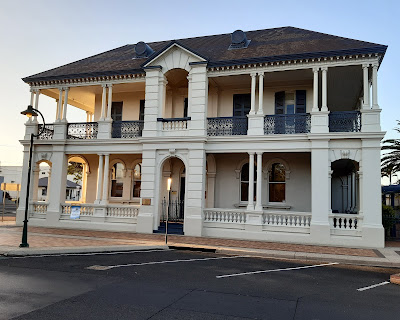 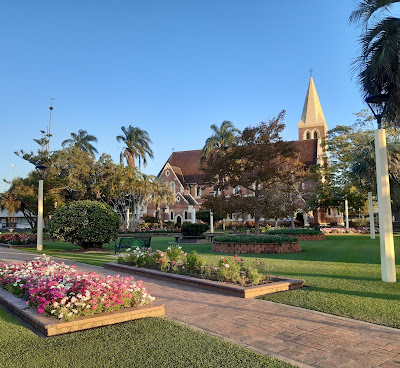 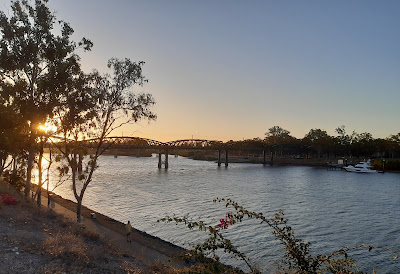 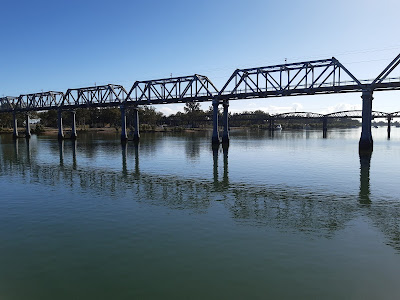 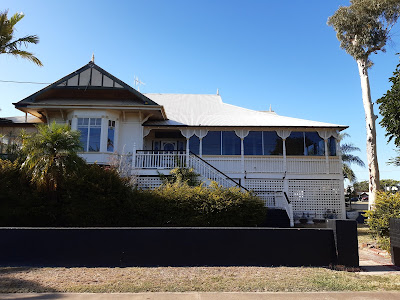 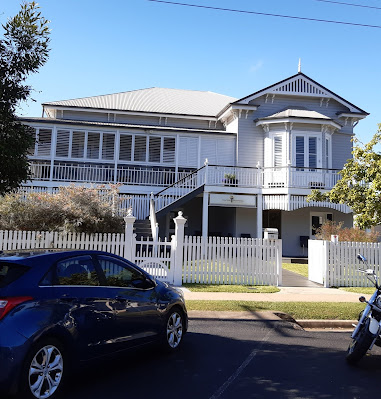 On the outskirts of the city lies Baldwin Swamp Environmental Park 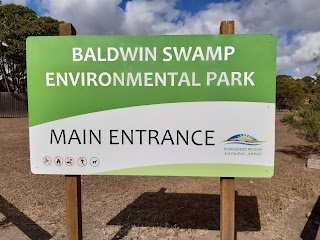 This is a huge wetlands area home to migratory birds on their winter flights from cold climes down south to the warmer tropics ...unfortunately I am here in summer - so not a lot of feathered friends to keep me company - but nevertheless a lovely early morning walk of about 4 kms along paths set amidst the several lakes ... 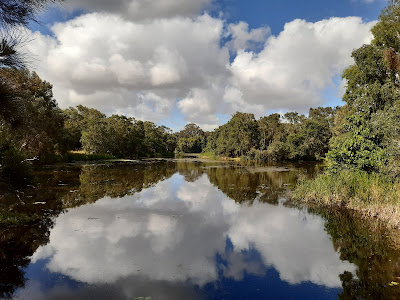 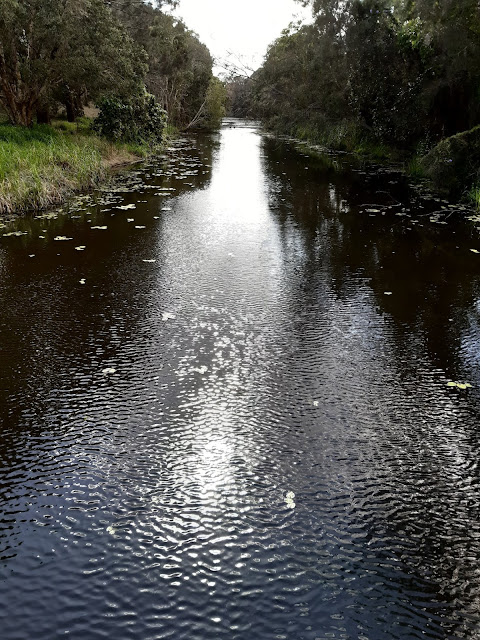 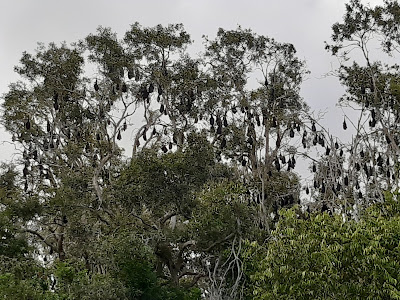 ... only wild life on display is this enormous bat colony on one of the many islands dotted throughout the swamp ... very noisy and very scary as the bats settled in for the daylight hours ... 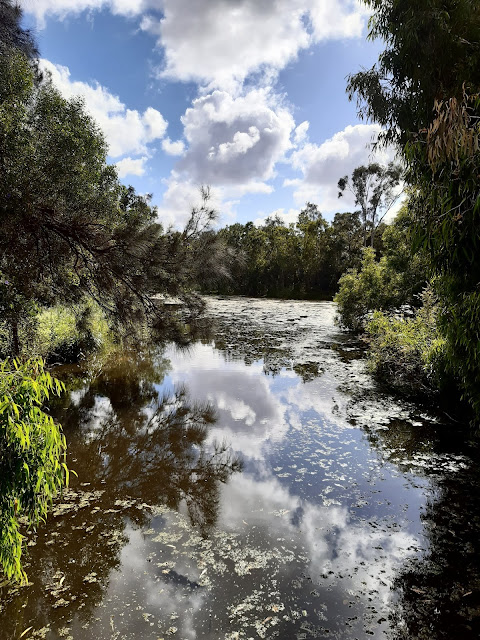 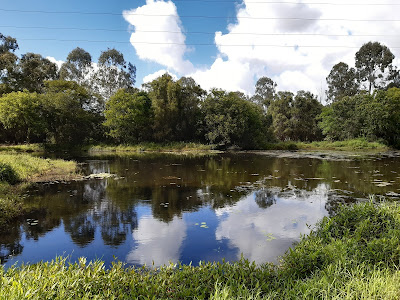 Another famous son of Bundaberg is Bert Hinkler - world-renown long distance aviator. And his house "Mon Repos" - originally built in Southhampton UK in 1925 - was disassembled brick by brick and in 1982 was shipped 16,000kms to Bundy where it has been lovingly restored and set in the beautiful sub-tropical botanic gardens. 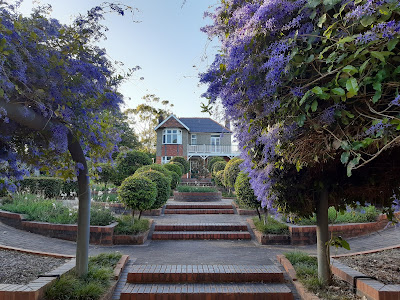 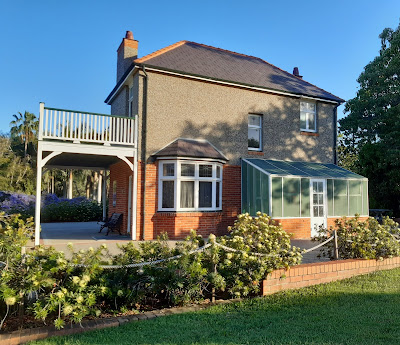 In 1912 Bundaberg pioneering aviator Bert Hinkler built and successfully flew his own glider on Mon Repos beach ( on the coast east of the city ). He also completed a noteworthy non-stop flight from London to Turin in 1920. The following year in 1921 Hinkler flew from Sydney to Bundaberg, non-stop, in a record-breaking flight of 8 and a half hours, in the process beating a telegram he had sent to his mother, to warn her of his arrival. 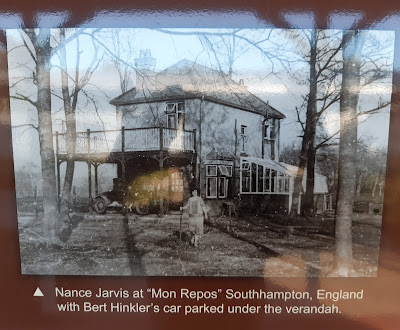 After a long day driving to and from Gladstone 200kms away, it was a joy to unwind after being on the highway for a long five hours and to wander the Gardens in the late afternoon cooling breeze. 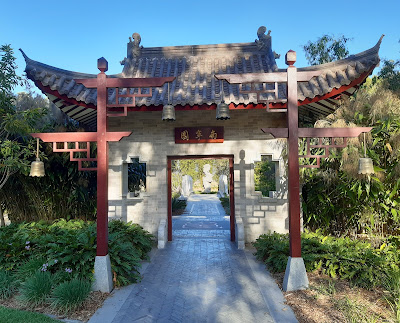 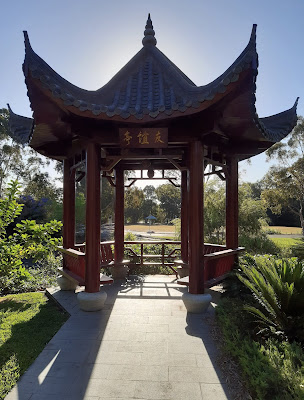 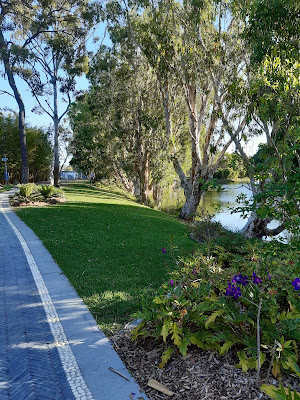 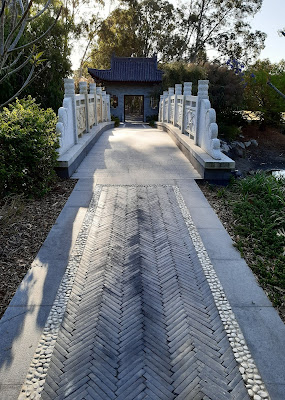 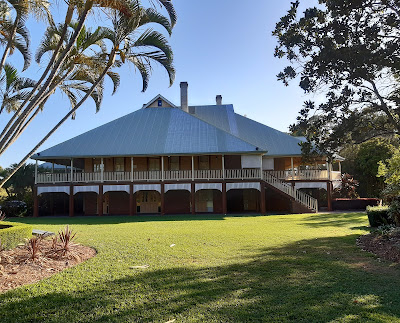 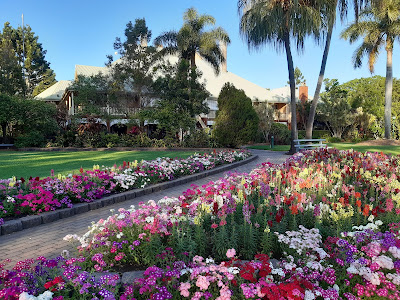 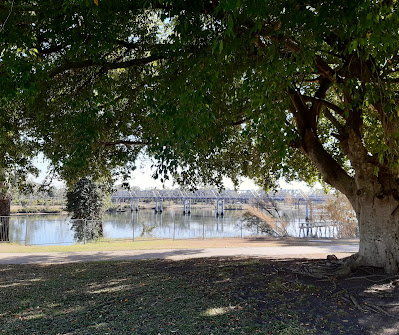 So that was a brief glimpse of Bundaberg - then the following day it was a short drive of just 100kms south to another river port city - Maryborough - where my exhibition opened at the Gatakers Art Space ( see my previous blog post ) - and I'll show you a bit of historical Maryborough in my next post.
Posted by ken-munsie at 12:30 AM No comments: