Today I head to the National Coach Museum in Belem - a district a short distance from the centre of Lisbon - to view the royal transport from the 17th - 18th and 19th centuries. 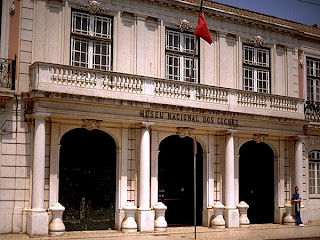 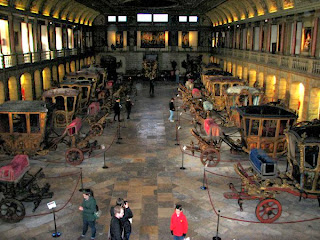 Created through the efforts of Queen Amélia of Orleans and Bragança, wife of King Carlos I, the Royal Coach Museum, as it was then named, was inaugurated on May 23, 1905.
The site chosen for the museum was the Royal Riding Arena in Belém where the queen brought together the old aristocratic vehicles of the Portuguese Royal House along with their respective accessories.


In the original collection were 29 vehicles, dress uniforms, harnesses and cavalry accessories used by the Royal Family. After the establishment of the Republic in 1910, the Museum was renamed the National Coach Museum and its collection was increased with other vehicles belonging to the Crown, the Patriarchate of Lisbon and some aristocratic houses.


Today the museum has a collection that is considered unique in the world because of the artistic variety of the magnificent ceremonial vehicles from the 17th, 18th and 19th centuries, as well as the number of examples. 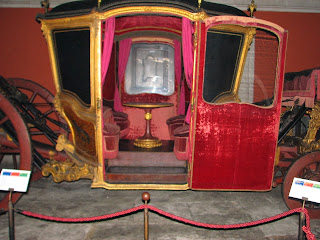 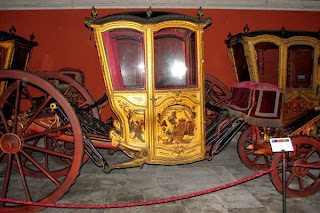 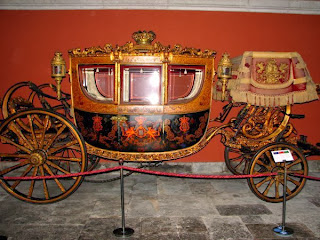 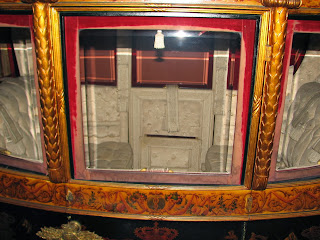 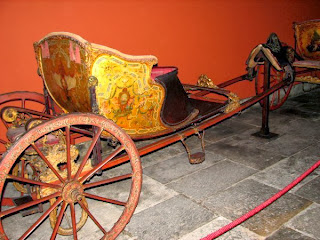 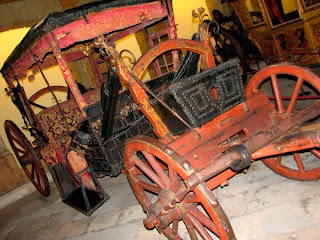 The oldest coach in the collection ...
Royal travel vehicle used during early 1600s 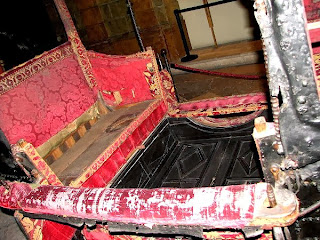 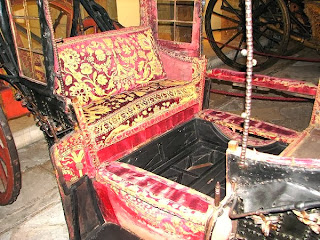 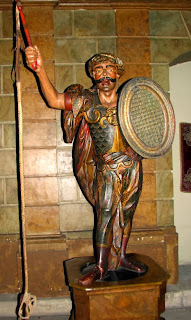 My next posting takes us to a Moorish castle in the hills at Sintra … quite a contrast to the extravagant palaces here in Lisbon …
Posted by ken-munsie at 9:56 AM