Art has many purposes - to inspire - to intrigue - to amuse - to teach - and so on - and  I find it so exciting when, on a visit to a museum, I am rewarded with a truly moving experience - not just about beauty or cleverness or wonder - but moved emotionally by a message portrayed through the artwork. 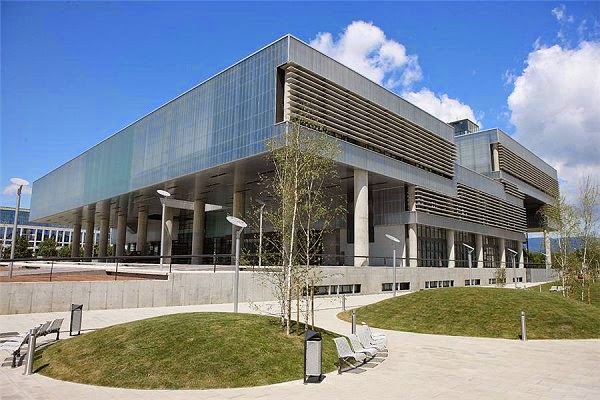 On my visit to the Contemporary Art Museum here in Zagreb one such artwork in their permanent collection hit me like a blow from a sledge-hammer.

Sanja Iveković ( born 1949 ) is a Croatian photographer, sculptor and installation artist and is considered to be one of the leading artists from the former Yugoslavia. Much of her work is centred on the place of women in today's society. She was the first artist in Croatia to label herself a feminist artist, and has been a key player at the Centre for Women's Studies in Zagreb since it opened in 1994.

"Women's House" - an ongoing project since 1998 - displays plaster casts of the faces of abused women together with their stories. 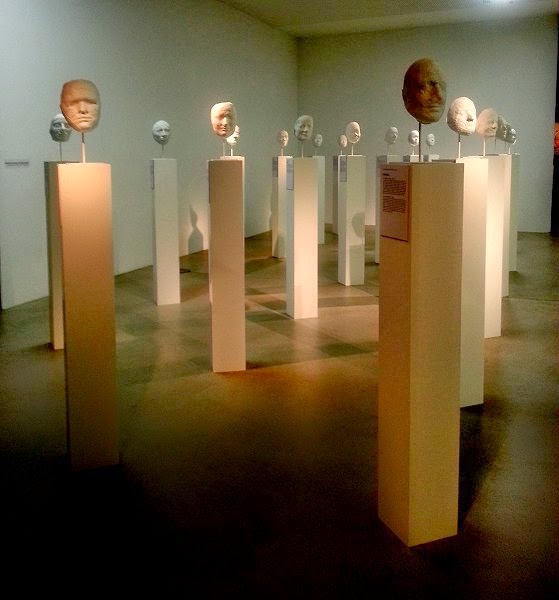 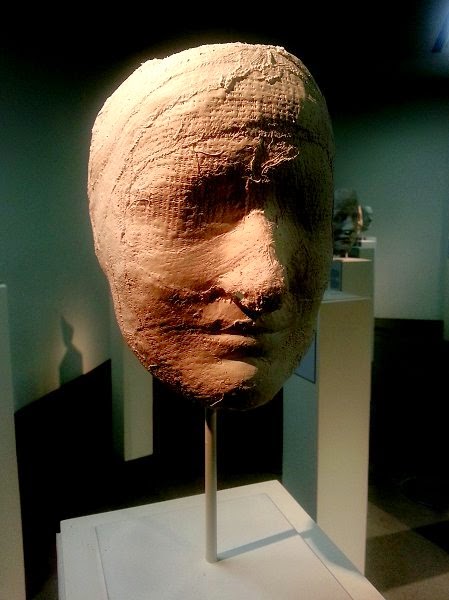 Autonomna Zenska Kuca ( Autonomous Women's House ) - Zagreb
Dragica
Croat - married - 3 children
I have been married for 25 years and have three children. I have been in this shelter for five months. My husband has been terrorizing me and my children for fifteen years. Now we are divorced. He does not pay any alimony. Once he beat up my daughter and she tried to commit suicide. I then decided to leave him. 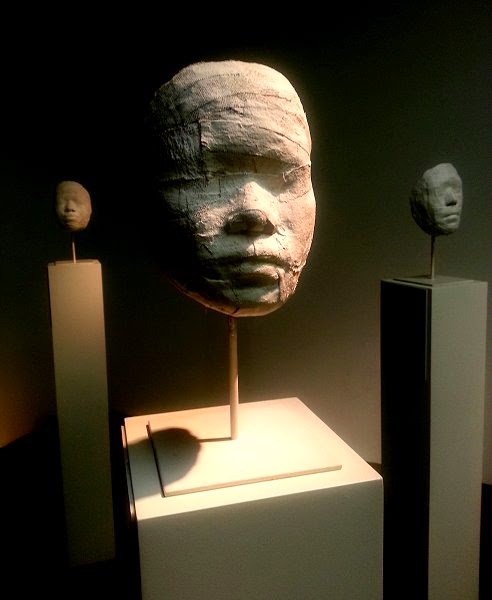 Emergency House - Bangkok
A-Ngun
Thai - single - 1 child
When I was 17 years old I had my first boyfriend. We loved each other very much. His family did not accept me so we had to give up our relationship. Later I found out that I had gotten the disease from him. At first, when I had been pregnant for six months, I went for a blood test to a hospital and the test was negative. Only when my baby was born did I learn that I had AIDS. I was very upset because I never expected that this would happen to me. When the baby was two months old, its father passed away. When the baby was three months old I moved in with my sister. I stayed with her for less than a month. She found out that I had the disease and she did not want me to stay longer. I had to bring my baby to the Emergency House because I had nowhere to go. Now my baby's nose bleeds. The doctor says that it will not live through this year. So I want to warn all women not to sleep around, because it is very dangerous and you never know what's going to happen to you ... 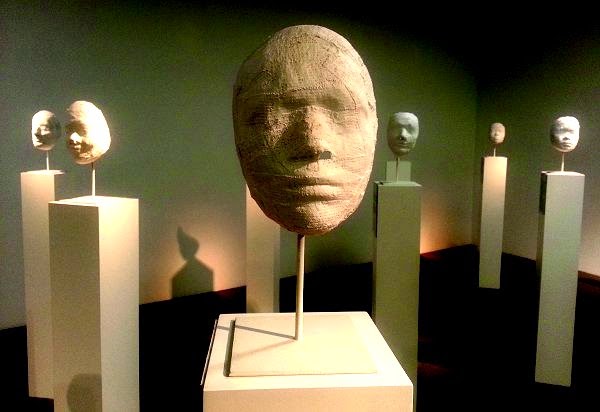 Fraenhaus - Luxembourg
Sylvie
Louxembourgish - single - 2 children
My boyfriend used to beat me when the soup was too cold. He also beat me when it was too hot. Everything was always my fault. He said I was a bad mother, a bad housewife. He beat me when the children were noisy. He was violent if I put the children to sleep before his return. I have lost my sense of confidence in myself. I have been in the shelter for one month. I am trying to build a future for myself and the children ... 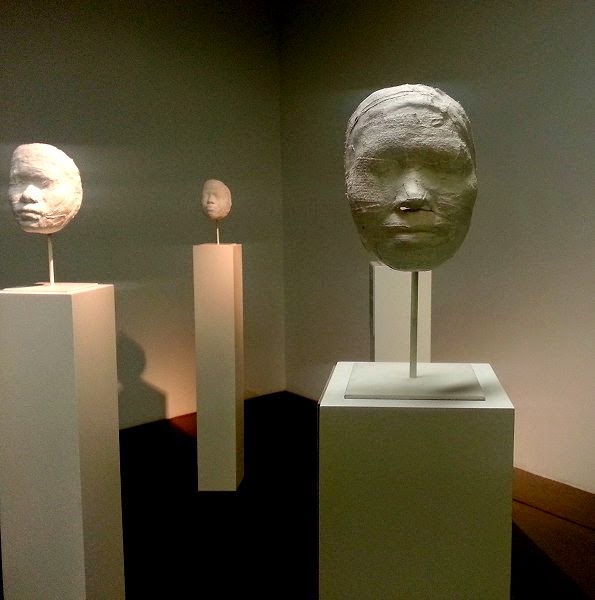 Autonomna Zenska Kuca - Zagreb
Anna
Croat - 41 - married - 3 children
For me it is hard to admit that I was abused. I cannot understand the thought that I did not leave him earlier. The most difficult thing to handle is the memory of the day when my little seven year-old daughter who had just started school stood between us and told him ..."Please do not touch her. Please do it for me" ... I felt helpless and useless as a mother. Now I do my best to repair and to rebuild a happy childhood for my children. 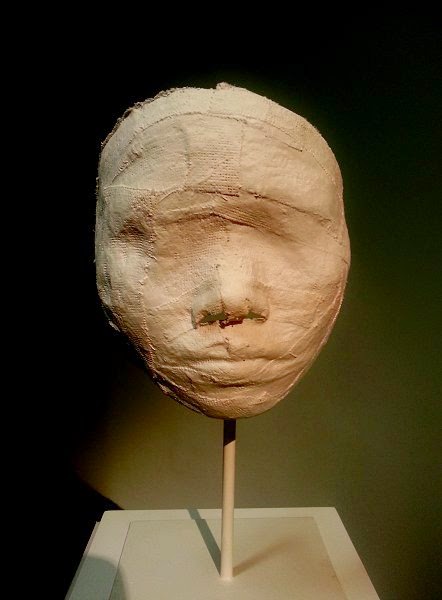 Emergency House - Bangkok
Sirpan
Thai - divorced - 2 children
Since I divorced in 1989 I have had to work hard on a farm to raise my 2 children. On Thai New Year Day our boss offered us some alcoholic drinks. After a few hours everybody was drunk. I walked back home alone. In front of my house there were seven male workers who stopped me. I was raped by all of them. They told me they would kill me if I told the police. I was afraid and ashamed so I moved to the city. I got a job as a cook's assistant. After some time I got sick. I went to the hospital and found out I had AIDS. I got fired. My kids left me and never come back. I had no place to go so I came to this Emergency house. Now I have been living here for three years. I don't want to die before I see my kids. It has been almost fifteen years since I have seen them, but one day I hope I'll see their faces. 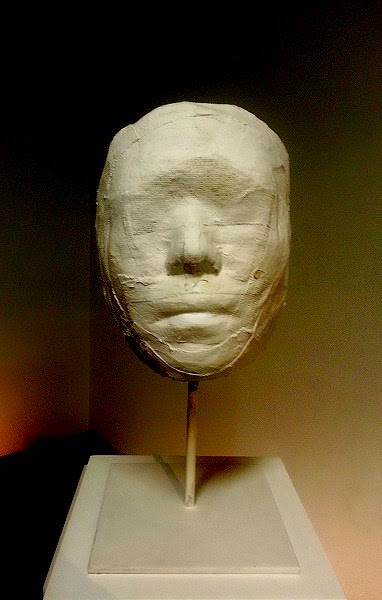 Emergency House - Bangkok
Rachanee
Thai - 41 - widow
I had a child with my second husband. They both died two months ago. It was my mistake that I had not made a blood test before we moved in together. After I had discovered that I had got AIDS, my bothers, sisters and relatives did not want to have me in their house, so I had to come to stay at the emergency house. I would like to warn everybody to be careful with your life. Now I live such a hopeless life. I am just waiting for death to come. I hope that there will be some medication that will be able to cure this disease as soon as possible. I am trying my best to live a little longer. Although this disease cannot be cured now, I would like to say that all HIV patients should not give up hope. 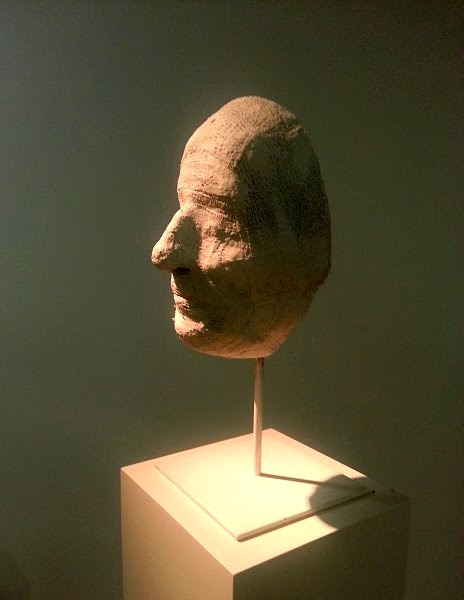 Autonomna Zenska Kuca - Zagreb
Magdalena
Croat - 35 - married - 3 children
I left my husband after 20 years of abuse. In the beginning I was the victim, but after a while the children became victims too. He was drunk all the time. I left him. He convinced me that he was treated for alcoholism, so I returned with the children. Soon after things came back to the old, so we left again. Now we live in the shelter again. 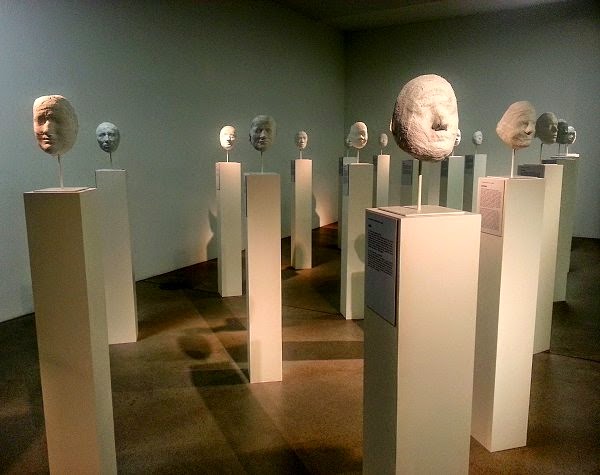 I have relayed to you just a fraction of the sixteen stories from abused women featured in this amazing and emotionally moving artwork. One hopes that Magelana, Rachanee, Sirpan, Anna, Sylvie, A-Ngun and Dragica and the other brave women have found a new and happier life.